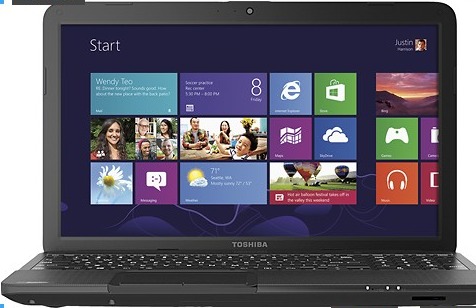 The Toshiba Satellite C855D-S5104 also comes with Built-in high-definition webcam with microphone, Multiformat media reader, Multiformat DVD±RW/CD-RW drive with double-layer support, 802.11b/g/n WiFi, 3 USB 2.0 ports, and 6-cell lithium-ion battery. The laptop is running on Microsoft Windows 8 64-bit operating system. You see, such a configuration is good enough for our daily basic use, people are very happy with it.

So if you need a cheap 15.6″ laptop for handling your basic tasks, I think the Satellite C855D-S5104 could be an ideal choice. What do you say?