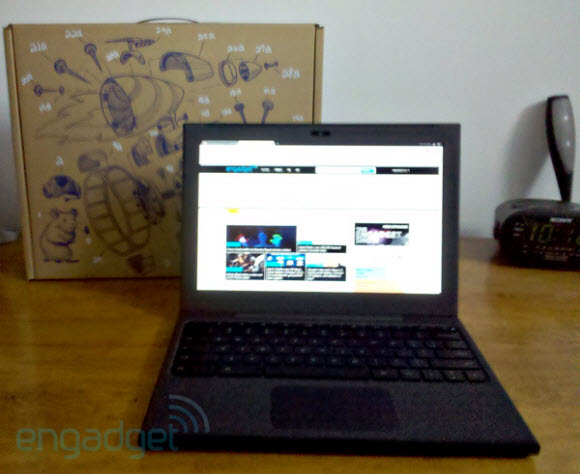 Exciting news is, Google Cr-48 now starts shipping to lucky guys! If you followed the method we've told you before, you probably have received a Chrome OS notebook, too. Many people have get it. Just as we mentioned, Google is sending out Cr-48 for free through Chrome OS Pilot Program, if you haven't tried it, now you can register yourself there, maybe you'll get luck.

Engadget has successfully received one, and a unboxing video has be created about it, let's take a look.

You see, it's just as fantastic as we expect. Engadget calls it a ‘netbook', actually I prefer calling it a ‘notebook' due to its 12.1″ display.

So what do you think?