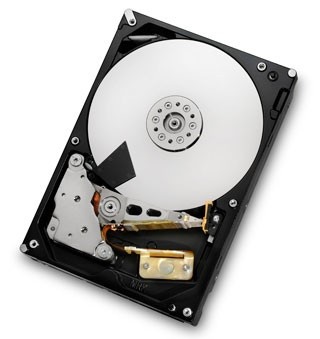 It's difficult to imagine how fast our technologies are developing, once upon a time (actually, just years ago), we were bearing using 32GB hard drive, now we've got hundreds GB, even TB hard drive. Here is a piece of exciting news, Hitachi has debuted a 7200RPM 3TB Deskstar 7K3000 hard drive! As large as you can imagine. You know, Hitachi was the first to release a 7200RPM, 3.5-inch 2TB hard drive, now comes the 3TB level, what a speed!

It comes in the form of the their new Deskstar 7K3000 model, not only is the first 7,200RPM 3TB drive hard out there, but Hitachi's first drive with a 6Gbps SATA interface. This is pretty cool, isn't it?

So those people who working on movies get luck, with such a huge hard drive, you can store as many movie clips as you wish.

So what do you think?