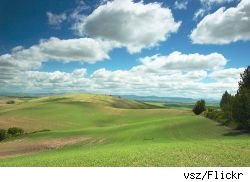 You may already have heard about Windows Cloud these days. Microsoft CEO Steve Ballmer says the company will unveil a new operating system called “Windows Cloud” within a month.

“We need a new operating system designed for the cloud and we will introduce one in about four weeks, we’ll even have a name to give you by then. But let’s just call it for the purposes of today ‘Windows Cloud’,” said Ballmer.

What will Windows Cloud be? Now no one knows it for sure, but we can get some information from Ballmer. Ballmer hinted at what would be built into the new OS, including geo replication, how to design apps intended to commingle [we think he means appeasing regulators by providing more interoperability], management modelling and an SOA model, to effectively create a new platform.

Microsoft will unveil more details about the Cloud OS at the company's Professional Developers Conference in LA later this month. Let's wait and see what it is in the end.

My personal opinion is, The launch of Microsoft Windows Cloud is to beat Google, you know, Google and Yahoo combine to competete with Microsoft, Google has launched Google Browser Google Chrome. So the aim of Microsoft is quite clear.

What do you say about this?

Previous Post: Why Is Web Hosting Review Site So Important?