Among them, V Series V160 and Atlhon II N370 are very cheap, they are budget-class models. Turion II N570 is not very cheap, it's mid-class model, and dual-core N660, triple-core P860, and quad-core N970 are a little expensive, they are high-performance Phenom II models, of course.

Below come the details of these upcoming processors: 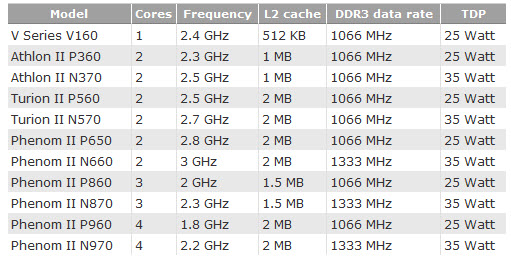