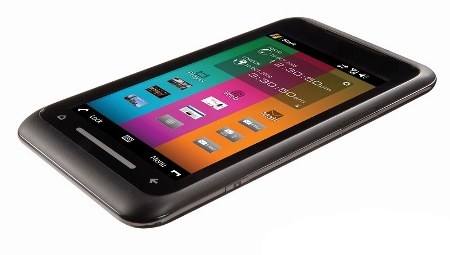 Say it briefly, Toshiba TG01 cellphone has both good side and bad side, here they are:

Anyway, this is not the big thing we are caring about. We are paying attention on…

The Toshiba TG01 is only 9.9 mm thick but it boasts a 4.1″ WVGA full touch screen display (800 x 480 pixels). It runs on Windows Mobile 6.1 and comes with Internet Explorer Mobile 6 (full support for Flash). The Toshiba TG01 is the first device in the world to run on the Qualcomm Snapdragon platform (1GHz mobile CPU). This is really cool!

Another cool thing is, although Toshiba TG01’s internal memory is only 512 MB, it has a microSD card slot that supports up to 32 GB. So you don't need to worry about storage at all. It has support for DivX videos and unlike other WinMo powered devices, the TG01 doesn’t use RealPlayer as the default multimedia player but instead it uses CorePlayer which is considered the best mobile multimedia player around. This is another cool part, and this is why so many people are crazy about it.

If you want one sentence to describe what is Toshiba TG01, here we will try. Features of the 4.1-inch touchscreen smartphone include high definition screen, 1GHz Qualcomm processor, and Windows Mobile platform. This is Toshiba TG01.

Hands-on with the Toshiba TG01 smartphone

If you want to know more, here is a list of Toshiba TG01 Specifications:

We haven't know the exact Toshiba TG01 price yet, so just wait and see, okay?

So do you think you will be a fan of Toshiba TG01 smartphone? I bet you will.